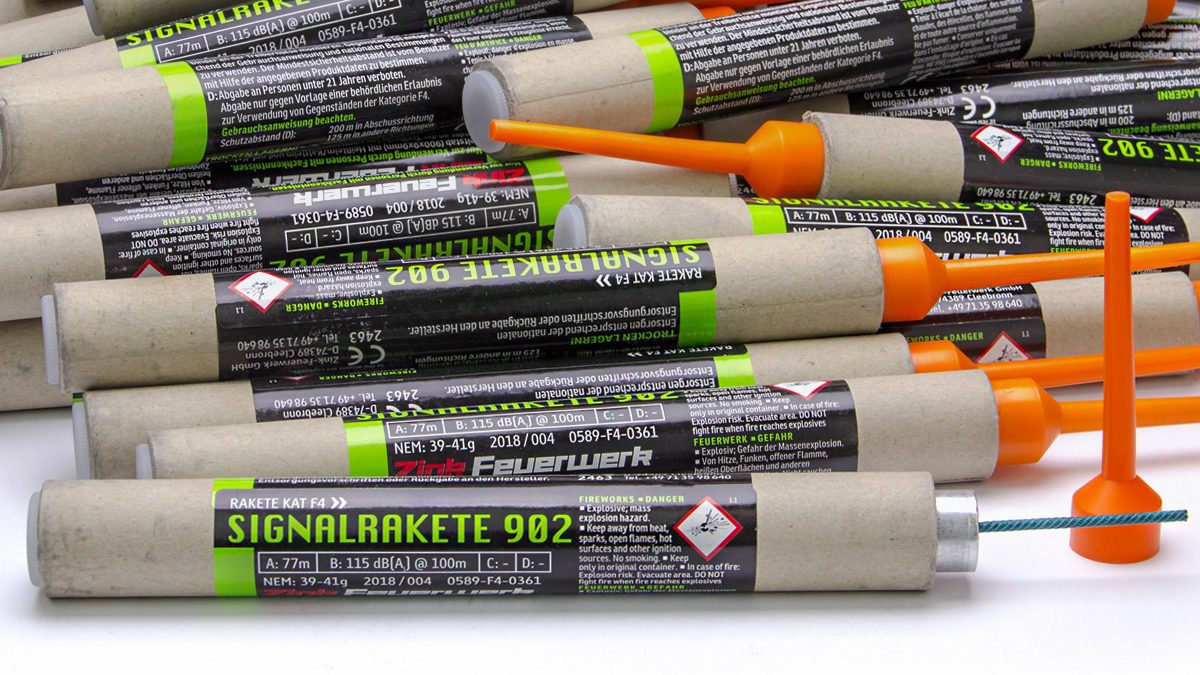 How to make the fireworks more special with an artillery fire effect? The answer is the ZINK 902 professional rocket from the German company Zink-Feuerwerk GmbH, which ranks among the leaders in pyrotechnics. The rocket will take care of the desired sensation during firing as well as explosion. Immediately after the rocket’s launch, the audience will be captured by the silver titanium effect, at the highest point of flight the rocket explodes again with a titanium effect accompanied by a loud bang reminiscent of a cannon shot. The rocket’s pyrotechnic content is 39 to 41 grams.

The rocket is a professional pyrotechnic which can only be bought and launched by professionally qualified people, i.e. firework initiator card holders. 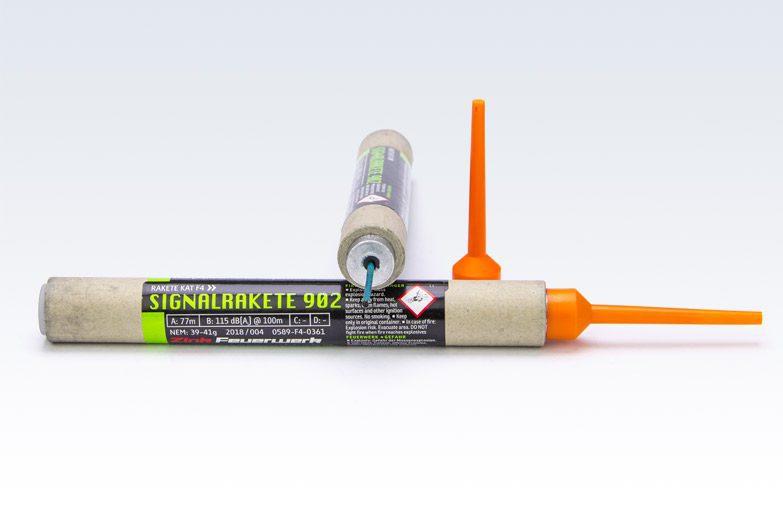 How to fire the rocket safely?

Attach the rocket with its safety fuse directing down to the wooden pin (900x9x9 mm) by means of adhesive tape. Put the bottom of the pin into the guide tube so that the stabilising pin is inserted into the guide tube by at least 2/3. This will ensure that when the rocket power source is lit, it develops enough power for the rocket to fly upright. Remove the orange cap on the safety fuse and light the fuse with the pyrotechnic torch at its end. Once ignited, immediately move at least 30 metres away from the product.

Warning: Never light the rocket in your hand.

The rocket is sold without a stabilising pin. 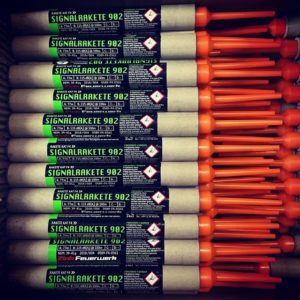 If the rocket hasn’t worked within 20 minutes of igniting it, immerse the rocket in a tank of water for 24 hours and then bury it in the ground.